Few canines have earned the distinction of having their likeness preserved for posterity in a statue; “Bum,” however, was a remarkable dog. 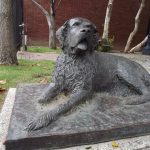 Bum disembarked off a ship in San Diego as a stow-away in 1886 and proceeded to win the hearts of all those he encountered. He was a free spirit who belonged to no one, but was loved by everyone.  All the town folk attended to Bum’s needs.  The Chinese butchers fed him well, he slept on people’s front porches, and the local doctors met his medical needs (he once had his front leg amputated from being hit by a train in a fight with another dog on the tracks).  The people of “New Town”/ San Diego took excellent care of their half-St. Bernard, half-Spaniel mascot, so much so that when San Diego issued its first dog license, an image of Bum adorned it.

Subsequently, Bum became San Diego’s first and only town dog. A statue of his likeness sits (lies, actually) in the GQHF’s Pocket Park, along with another famous canine, “Bobby.”

For more detailed information on Bum, see the link below to an article in the Huffington Post by Kate Kelly of the website www.Americacomesalive.com.

Bobby’s legacy lies in his incredible loyalty to the policeman who owned him. The little Terrier spent years guarding his deceased owner’s –grave after he died in Edinburgh, Scotland. 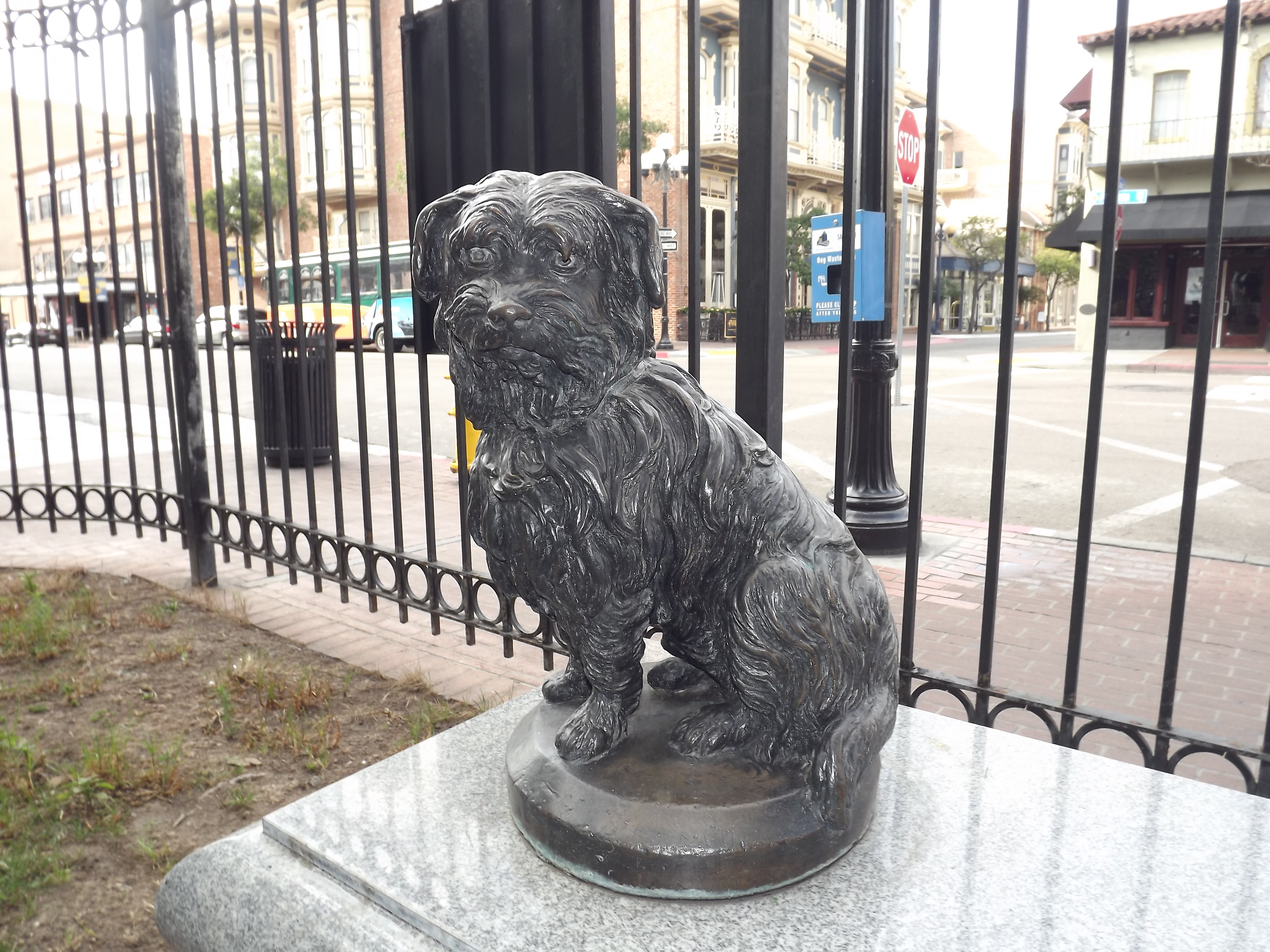 The same two statues of Bum and Bobby occupying the Pocket Park also stand near Greyfriar’s Church in Edinburgh, one of San Diego’s sister cities. Ceremonies are held annually in both locations to commemorate how much these two dogs were revered in their respective home towns. To learn about the Sister Cities Association that brought Bum and Bobby to the Pocket Park click here.

Visit our gift shop for books, plush versions, and various memorabilia of our friends Bum and Bobby!

Find out about Alonzo Horton Watch our lecture: Celebrating bum