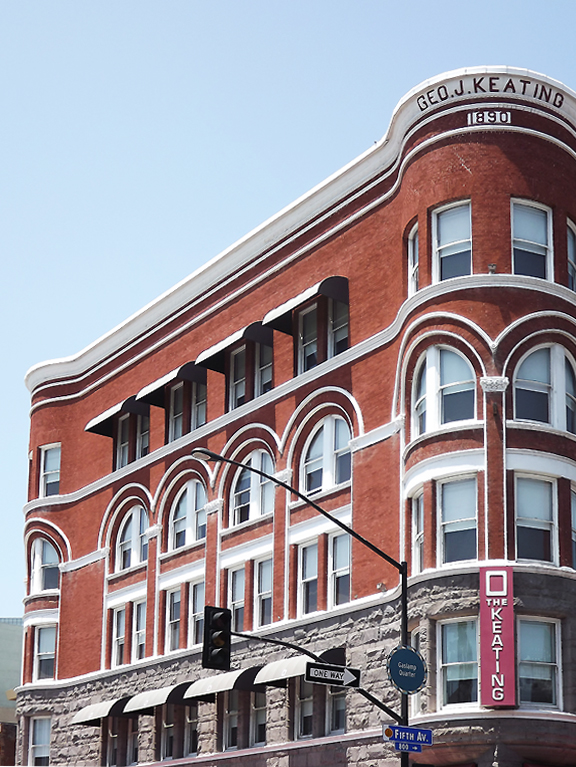 5th and F Street.
Mrs. Keating had this Romanesque style building constructed as a tribute to her late husband, George. Today, the top cornice still bears his name. San Diego’s oldest steam-powered elevator, installed in 1890, is still in use. The structure was originally heralded as one of the most prestigious office buildings in the city. Legend has it that the gray granite used on the first two floors had been used as balast on European sailing ships; however, an 1892 article in the San Diego Union refuted the claim.